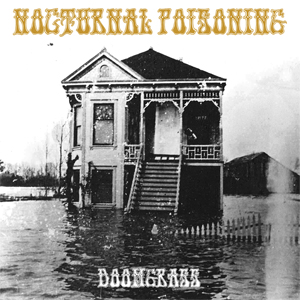 NOCTURNAL POISONING RELEASES NEW SONG “Prisoners Of Their Own Needs”

Scott Conner, the one man band known as Nocturnal Poisoning is proud to release his new track “Prisoners Of Their Own Needs” today on Decibel. The song stems from his upcoming album ‘Doomgrass‘ out October 7th via The End Records. Pre-order the album on iTunes HERE.

Doomgrass is a distinctive, demanding, and altogether rewarding listening experience, one that finds Conner using country and bluegrass guitar playing techniques as well as American folk music weaving dark yet melodious arrangements that are dissonant and melancholic.

Rhythms of finger-picked guitars layered upon each other ebb and flow throughout creating a stirring and galvanic atmosphere, while the vocals are delivered by Robert N. in a bluesy, chant-like style, gritty but clean, adding yet another layer to Nocturnal Poisoning’s unconventional sound.

“I think Doomgrass is probably the most fearless record I’ve done,” says Conner. “I think a lot of the ‘melancholic and ethereal’ elements have taken a backseat and more of a country, western, murky side is coming out in the music more, with a touch of doom, of course. I can learn and change as I go along with Nocturnal Poisoning; and this new album is an indication of that. Third time’s the charm and I think I have the hang of what I want to do now more than ever and how to get the results.”

As the creative force and sole member of Xasthur, the highly influential black metal project that Conner launched back in 1996, while never playing a single show, he went on to release a total of eight studio albums before dissolving the Xasthur project in 2010 to afford him the time to pursue more challenging musical endeavors, namely Nocturnal Poisoning (a name taken from Xasthur’s first official album released in 2002). 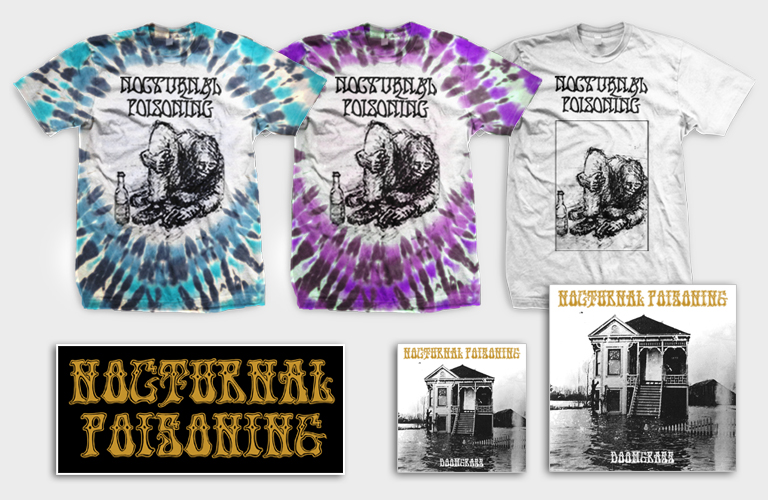 Tags Music Video Nocturnal Poisoning Prisoners of Their Own Needs

Stephen Vicino is the founder of MusicExistence.com. He created this site to give talented musicians a voice and a way to be discovered.
@@svicino
Previous BACKTRACK CONFIRMED AS SUPPORT ON EVERY TIME I DIE / THE GHOST INSIDE TOUR IN NOVEMBER & DECEMBER IN THE U.S.
Next Digitalife’s Nemesis Streaming on YouTube, Album Out Today on Imminence Records