NETSKY ANNOUNCES STAY UP WITH ME U.S. LIVE TOUR LAUNCHING NOVEMBER 21 IN SEATTLE

Fresh off the back of a busy summer playing out to crowds across the globe and releasing dance floor anthem and festival favorite “Running Low” featuring Beth Ditto (out now on Ultra Music), drum & bass superstar NETSKY will bring his incredible live show to cities across the U.S. this fall for the Stay Up With Me Tour.

NETSKY’s live show, originally unveiled at London’s Brixton Academy in 2012, continues to grow and push the boundaries that define how electronic music can be produced and experienced live. A ground breaking and critically acclaimed show sees NETSKY joined on stage by a full live band, coupled with epic production and visuals.  Joining NETSKY, who will be helming keys and programming, are Michael Schack on drums, Babel on keys and guest vocalist Billie along with hypeman Script MC.  They will perform a mixture of fan favorite classic NETSKY tracks as well as an ample selection of new material from his upcoming new album for Ultra Music (release date and details TBA).

NETSKY has already completed sold out tours of Europe, the U.S.A., New Zealand and Australia as well as selling out Belgium’s Lotto Arena Stadium in April 2013 and garnered praise from live electronic aficionados deadmau5 and Pendulum.  Look for the U.S. leg of the Stay Up With Me Tour to launch November 21 in Seattle and pass through such markets as Portland, San Francisco, Los Angeles, Phoenix, Austin, Dallas, Chicago and many more.  The full itinerary follows below.

In addition to his Live show (which has included marquee slots at festivals such as Glastonbury, Ultra Music Festival, Coachella and Future Music Festival this year) and a hectic international DJ touring schedule, NETSKY is busy making the final touches to his highly anticipated third studio album, set to be released in early 2015 from which second single “Stay Up With Me” due to drop this October around his fall live tour. 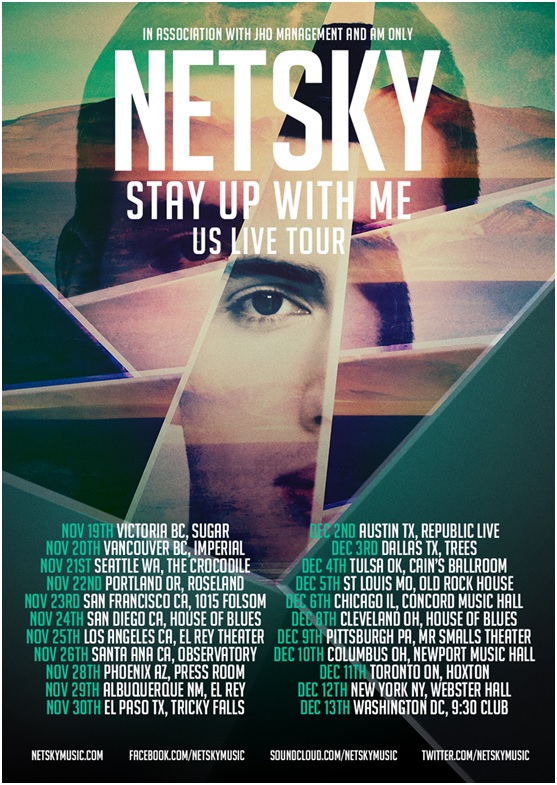 Stephen Vicino is the founder of MusicExistence.com. He created this site to give talented musicians a voice and a way to be discovered.
@@svicino
Previous KORN JOIN SLIPKNOT ON THE “PREPARE FOR HELL” TOUR
Next New Video Premiere – Chris Jane – The Only One 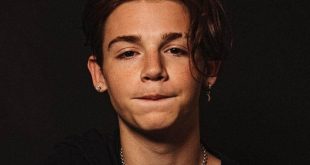 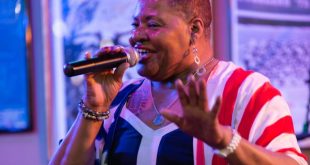