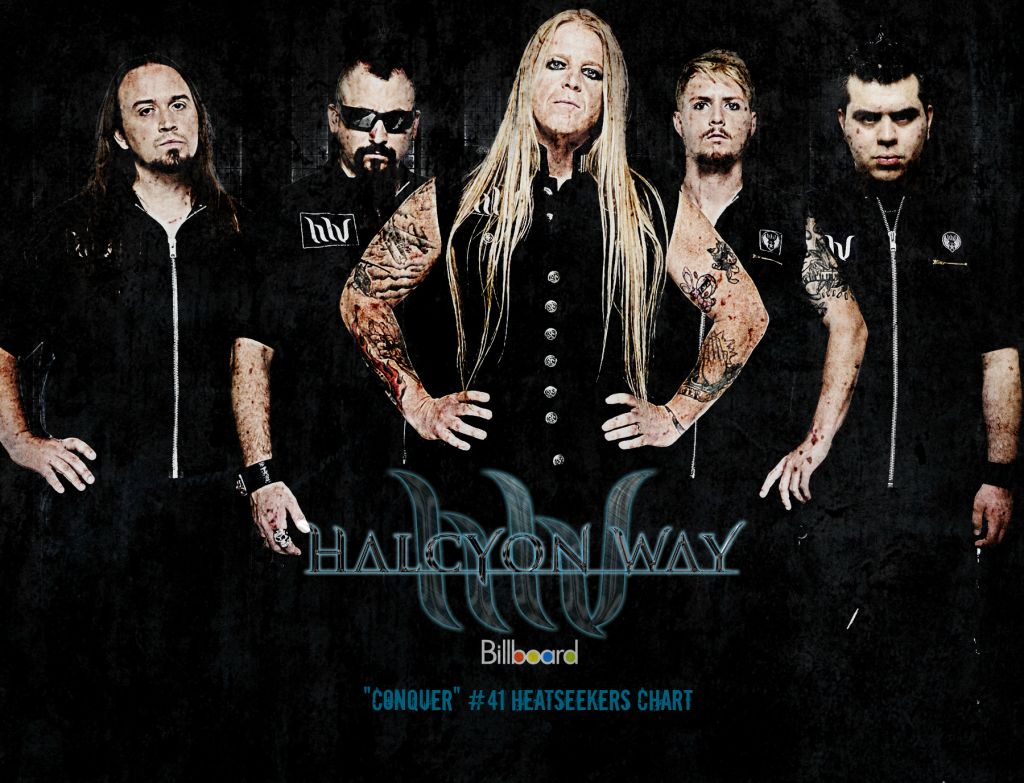 Award Winning Atlanta, Georgia Progressive Metallers HALCYON WAY have been confirmed for a lengthy tour with SAXON and SKID ROW across Europe in October-November of 2014.  This tour announcement is hot on the heels of the North American release of their 4th album, Conquer, which hit the Billboard Heatseekers Chart at #41 the week of release.  Conquer will be released on September 19 in Europe and the Rest Of World via Massacre Records.

“Last year when we were out with Saxon in US/Canada, we had an amazing time and the Saxon guys were great to us.  We had conversations with Biff and the guys about doing it again, and here we are!  We’re very excited to be hitting the road in Europe again, and to be hanging out with our friends in Saxon (Official) and new friends in Skid Row,” said vocalist Steve Braun.

Tour Dates Are as Follows:

HALCYON WAY was founded in 2001 and released its successful debut album “A Manifesto For Domination” in 2008 (via Nightmare Records). That was followed up by the critically acclaimed “Building The Towers” in 2010, and the sequel to that release, “IndoctriNation”, was released in 2011.

The band toured relentlessly over the last few years, going out with Fozzy in the UK, Delain for a full European tour, and North American tours with U.D.O., Saxon, and Fates Warning.

HALCYON WAY’s sound cannot be neatly slotted into any sub-category of metal; but it can be described as heavy, catchy, technical, and above all, focused on mature song craft. The band draws influences & inspiration from many metal bands from Megadeth to Dream Theater, Testament or Chimaira. The focus of the songwriting is on catchy hooks, vocal harmonies à la King’s X or Stryper, and on heavy, technical, but ultimately accessible instrumentation.

Stephen Vicino is the founder of MusicExistence.com. He created this site to give talented musicians a voice and a way to be discovered.
@@svicino
Previous The Color Morale releases new album ‘Hold On Pain Ends’ & ‘Prey For Me’ music video
Next EMPRESS AD RELEASE DEBUT ALBUM ‘STILL LIFE MOVING FAST’