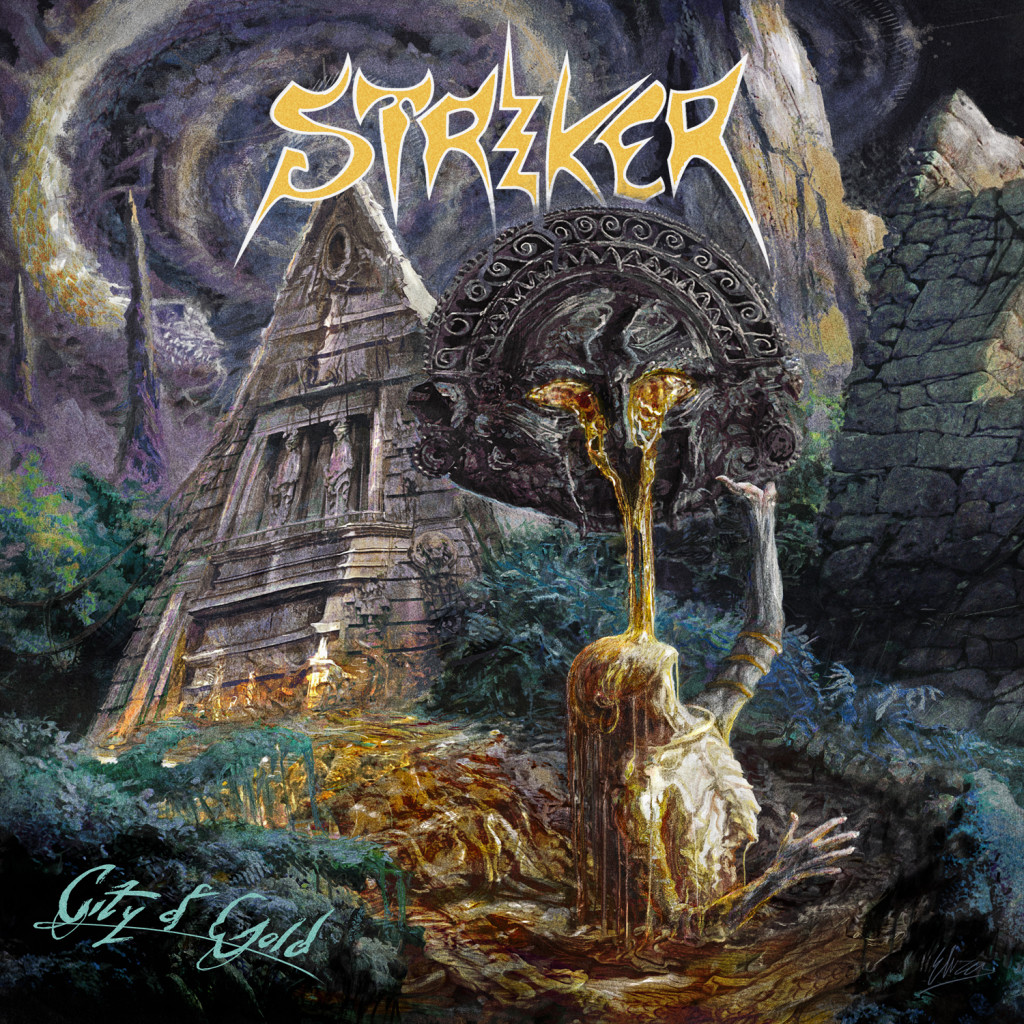 All that glitters ain’t gold – one might perhaps think. In this case, you could probably say the opposite!

As a tasty appetizer for the upcoming STRIKER album City Of Gold (September, 1st in the UK & September 9th USA/CAN, Napalm Records) a brand new lyric video has been released for the albums title track.

Candian metallers STRIKER have carried on the tradition of first-class heavy metal bands for years at a consistently high level. Somewhere between Speed Metal, Maiden-twin guitar harmonies and a piece of Canada, STRIKER present themselves in a traditional but yet decidedly contemporary manner. Behold the new City Of Gold lyric video

City of Gold can be pre-ordered on Amazon and via iTunes.

Stephen Vicino is the founder of MusicExistence.com. He created this site to give talented musicians a voice and a way to be discovered.
@@svicino
Previous From Atop a Heap of 5,000 Dead Bodies, GWAR Declares 2014 GWAR B-Q a Success!
Next MORGOTH launches title track of ‘God Is Evil’ 7″