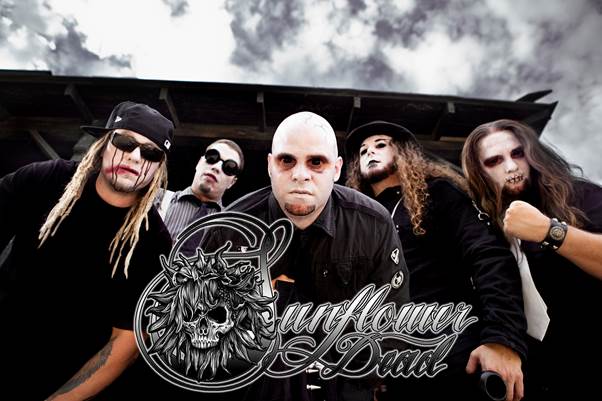 SUNFLOWER DEAD are currently on tour with headliners Powerman 5000 and (Hed) PE! Watch the band’s official video tour diary now via PureGrainAudio.com! Part 6 and Part 7 were just made available for viewing, so check out all videos now at PureGrainAudio.com.

Tickets are available now – see below for a list of remaining tour dates.

SUNFLOWER DEAD hail from Long Beach, CA and are no strangers to hard rock and metal scene, as the band is a rebirth of sorts. Three-fifths of the band rise from the ashes of former nationally recognized touring acts DROID and Two Hit Creeper. They are rounded out by additional band members who have toured internationally with Buckethead, In This Moment and Memento. Their former bands have earned national recognition by touring alongside Korn, Linkin Park, HELLYEAH, Five Finger Death Punch, The Family Values Tour & the Vans Warped Tour.

Stephen Vicino is the founder of MusicExistence.com. He created this site to give talented musicians a voice and a way to be discovered.
@@svicino
Previous EMIGRATE to Release Silent So Long on October 21st Through Spinefarm Records
Next ALUNAH Premieres New Song