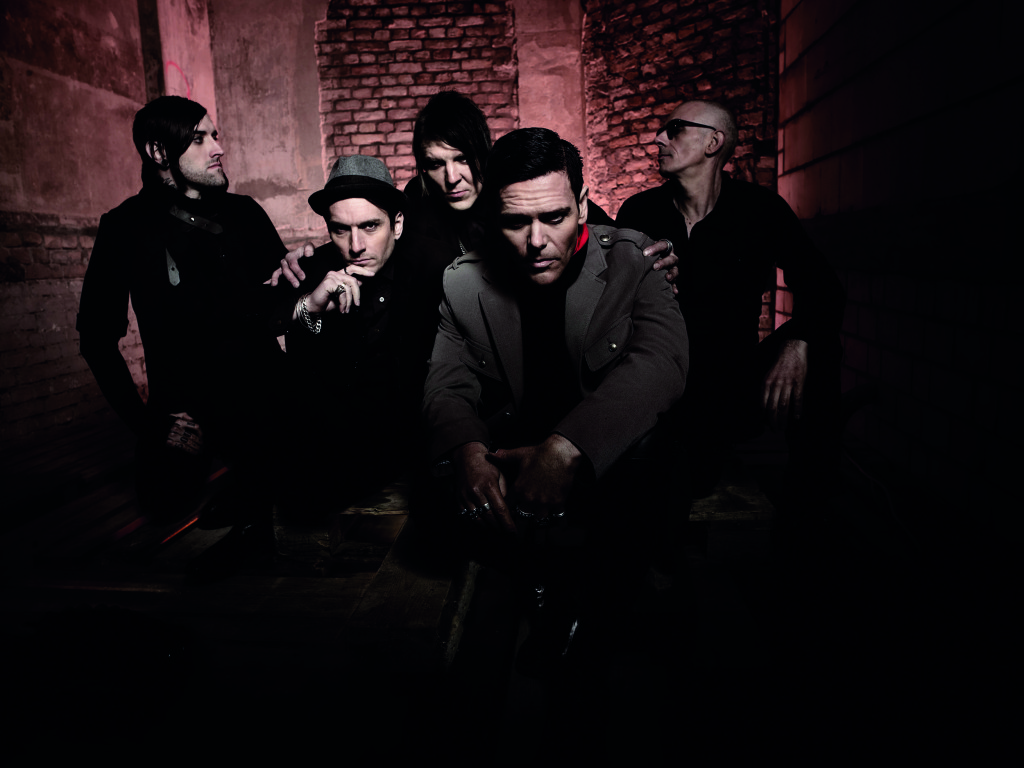 Formed by Rammstein‘s Richard Kruspe, EMIGRATE have now set October 21st as the release date for their new studio album – the follow up to the 2007 self-titled debut, a Top 10 German chart entry.

As with the debut, Kruspe adds to his guitar playing / song-writing duties by stepping up to the mic, only this time he’s joined by a number of guest singers; there’s Lemmy from Motörhead, Korn‘s Jonathan Davis, Marilyn Manson, Canadian born Berlin-dweller, Peaches, plus Frank Dellé from chart-topping German collective Seeed.

“I didn’t write the songs with specific guests in mind,” explains Kruspe, “I just thought who would do the best job on this or that track, and the final performances were everything I was hoping for. You know, I’ve had about five moments in my music career when I’ve been left smiling like a child – one was when Rammstein sold out New York’s Madison Square Garden in 20 minutes (2010), but the last one was hearing Lemmy on tape. It just sounds f**king great! I wrote him a really long message and he came back “alright!” Fantastic!”

For Kruspe, still firmly ensconced within the Rammstein ranks, EMIGRATE has never been a side or a solo project. Preferring to tap into the energy of a team, and looking to revive the collaborative spirit of the East German punk scene he grew from, the guitarist has always put value on those around him, and this time – in addition to the existing personnel of guitarist / producer Olson Involtini and bassist / co-conspirator Arnaud Giroux – he’s joined by drummers Mikko Sirén (Apocalyptica) and Joe Letz (Combichrist).

Whilst Emigrate saw Kruspe, a restless creative spirit, proving that he could take on a new set of challenges, the follow-up adds fresh layers in terms of invention, emotion and contemporary sheen, with Margaux Bossieux – previously of New York punk band Dirty Mary – providing telling backing vocals throughout; crafted with care in Kruspe’s own Berlin studio plus the old radio building on the city’s Nalepa Street, the latter enhanced by an extra control room’s worth of gear(!), Silent So Long is another bold step forward, with both music and (English) lyrics showing no desire to be corralled, and Kruspe The Guitarist happy to let rip where the music demands.

With sold-out global tours, headline festival appearances and a succession of platinum albums marking his career with Rammstein, Kruspe could easily opt for a less pressured existence, but ‘resting on laurels’, or the German equivalent, isn’t within his immediate frame of reference…