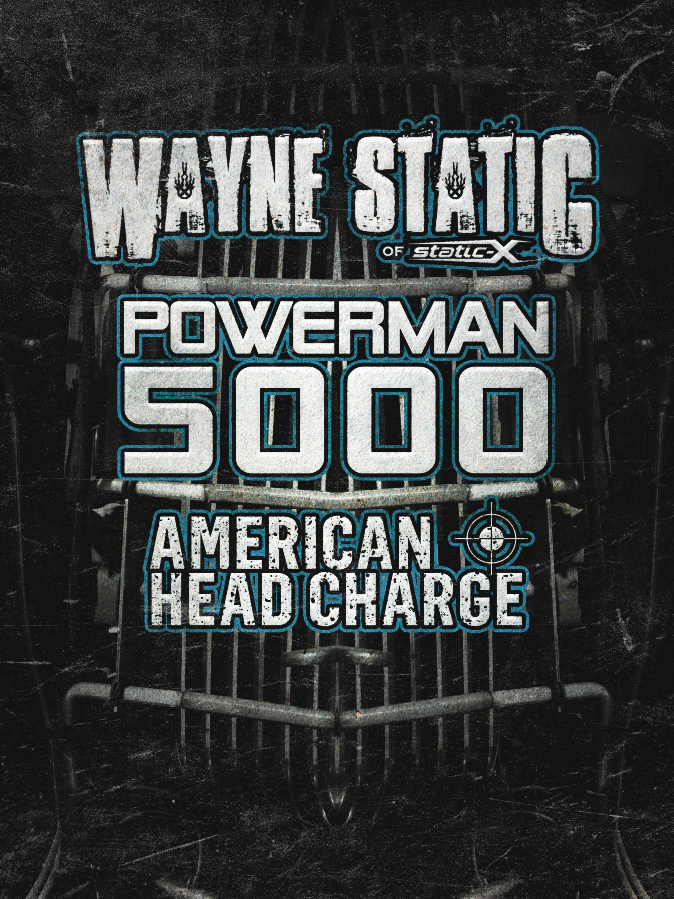 WAYNE STATIC the founding member and leader of Evil Disco innovators Static-X will be hitting the road this fall on a co-headline run with Powerman 5000. American Head Charge will provide support on most dates. The tour will kick off November 6th in Waterloo, IA and is currently scheduled to run through November 30th in McCallen, TX. A complete list of dates can be found below. More dates will be added in the coming weeks.

STATIC on the upcoming tour:

“2014 has been an awesome year! We just finished up the 15th anniversary Wisconsin Death Trip tour. I’ve got the best band behind me that I’ve ever had, and I am very excited to round out the year with a co-headline tour with Powerman 5000. It’s another 15th anniversary tour! It’s a testament to both bands that we are both still going strong and the timing is perfect for us to tour together again. I am equally excited to share the stage with American Head Charge again. I believe it was 2005 when we toured together last. This is a great line up and this tour is gonna kill!”

Stephen Vicino is the founder of MusicExistence.com. He created this site to give talented musicians a voice and a way to be discovered.
@@svicino
Previous THE HAUNTED premieres video for “Cutting Teeth”
Next SCAR SYMMETRY Releases New Single & Lyric Video for ‘Limits To Infinity’