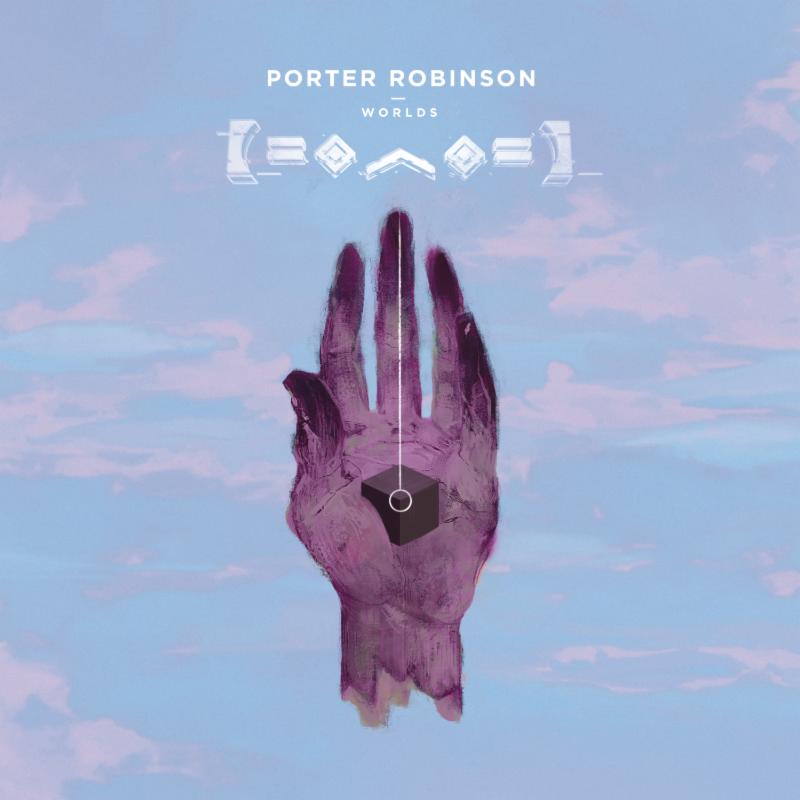 North Carolina-based electronic artist Porter Robinson’s highly-anticipated debut album Worlds – out now on Astralwerks – caps off an exhilarating release week today entering the Billboard Top 200 Albums chart among the top-20 at #18 and holding the top spot on the Billboard Dance/Electronic chart at #1 following its release day debuts at #4 on the Overall Album Chart and #1 on the iTunes Electronic Album Chart.

The momentum leading up to Worlds release has been at a steady clip since Porter revealed the album’s first track Sea of Voices to his fans via Twitter during the Oscars earlier this year. The track trended #1 on Facebook as the awards show aired live that evening, eliciting comparisons to Sigur Rós, M83, and Orbital from fans and media alike. ‘Sea of Voices’ shot to #2 on the iTunes electronic chart, #5 on HypeM, #5 on Spotify’s viral chart, and saw more than half-a-million Soundcloud streams in a single day.

Since then fans have streamed Worlds album tracks more than 8 million times on Spotify and 6 million times combined via Porter’s Soundcloud, streamed the Lionhearted video (Porter’s acting debut) more than 1 million times, and launched 5 of the album’s 12 tracks into the Top-10 on Spotify’s Viral Chart with 4 of the tracks still holding this week on the Spotify Viral Top-50.

Worlds has been lauded as a pivotal release poised to redefine the intersection of pop and electronic music with outlets such as The New York Times saying “Mr. Robinson has rejected the head rush of adrenaline that currently dominates [EDM]. On “Worlds,” he has opted instead for washes of gorgeous textures, contemplative storytelling and remarkably sharp melodies.” “Porter Robinson Invents Shoegaze-EDM on Dazzling ‘Worlds'” hailed Spin in its 8/10 album review.

Affirming Porter’s position at the forefront of electronic music Fader proclaims “Worlds is not simply the debut album of an EDM prodigy, but a prodigy’s attempt at a personal corrective to the genre,” with Billboard adding “Porter Robinson is taking EDM to the next level.”  “Worlds-part synthy indie-pop, part twinkling bedroom-beatmaker fare, part festival-ready electro-comes at an excellent time” concludes Pitchfork.

The result of deep personal introspection and a definitive shift in sonic direction,Worlds is inspired by Porter’s nostalgia for the fictional digital universes of the video games he played growing up; MMORPGs (massively multiplayer online role playing games) such as Star Wars Galaxies and City of Heroes. Porter moved home to North Carolina and took more than two years to write Worlds. Immersing himself in the video games of his youth, Porter drew on his nostalgia for these lost universes and the resulting collection of songs (including singles Sea of Voices, Sad Machine, Lionhearted, and Flicker) and a compelling collection of accompanying visual content – became Worlds.

For a taste of the project’s aesthetic check out: Porter’s brand new video for Flicker, the Worlds Album / Tour Trailer, and the Worlds Concept Art Gallery premiering exclusively today with NYLON Magazine.

Porter – who rose to prominence as one of the world’s most sought-after headline DJs while still in his teens – will soon embark on his first-ever live tour. The glitchy surrealism that drives the music will be brought to life in real time with both Porter and the audience embedded into the album’s immersive visual universe for the brand new, fully live show.

Speaking to The New York Times this past weekend, Porter described the upcoming tour: “It’s not going to be DJ sets. I’m going to be playing exclusively my own music. I’ll be singing and triggering samples and running multitracks and playing keys. I think it’s important that people realize it’s not meant to be this craziest party of all time. Overall it’s kind of a more sensitive experience.”

Stephen Vicino is the founder of MusicExistence.com. He created this site to give talented musicians a voice and a way to be discovered.
@@svicino
Previous KORN AND THEIR FANS TAKE ON THE HATERS
Next OLIVIA JEAN BATHTUB LOVE KILLINGS