Home / News / BILLY RAY CYRUS: Joins Dave Stewart, Martina McBride And An All-Star Crowd for “The Beatles’ 50th At The Bowl” Aug. 22-24 at The Hollywood Bowl 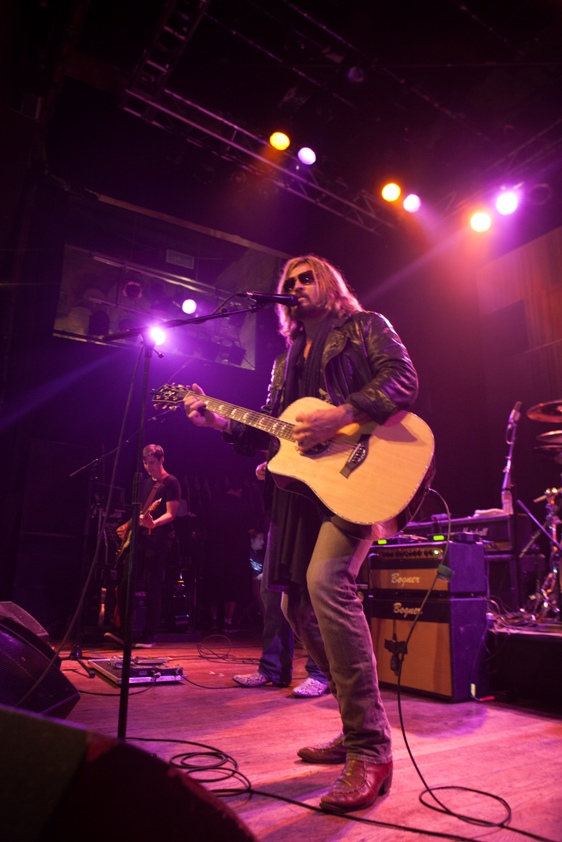 BILLY RAY CYRUS: Joins Dave Stewart, Martina McBride And An All-Star Crowd for “The Beatles’ 50th At The Bowl” Aug. 22-24 at The Hollywood Bowl

Next on tap, CYRUS will perform all weekend long at “the Beatles’ 50th At The Bowl.” It’s been 50 years since the Beatles took Los Angeles by storm with their first concert at the Hollywood Bowl on August 23 1964. Beatlemania returns to the Bowl stage with a re-creation of that iconic performance Friday and Saturday, August 22-23 (8p), as well as Sunday, August 24 (7:30p). CYRUS will join Ringmaster Dave Stewart (co-founder of the Eurythmics), Michelle Branch (Saturday and Sunday), singer songwriter activist Mary Lambert (Friday and Sunday), Martina McBride (Saturday and Sunday), soul singer Allen Stone (all nights), R&B singer Liv Warfield and more. Producer/television personality Bob Eubanks–who brought the Fab Four to the Bowl 50 years ago–will be on hand all three evenings to participate in the festivities.

The concert will begin with the 1964 set list including hits such as “Twist and Shout,” “She Loves You,” “Can’t Buy Me Love,” “I Want To Hold Your Hand” and “Hard Day’s Night.” The second half of the show features “Blackbird,” Strawberry Fields,” “Hey Jude,” “All You Need Is Love” and “Eleanor Rigby.” The concert also features vintage clips in celebration of the Fab Four’s L.A. invasion (www.hollywoodbowl.com).

This summer, BILLY RAY CYRUS celebrated the release of his first-ever retrospective album THE DISTANCE (Mercury/Ume). A collection of hits spanning CYRUS’ 22-year career, highlights include “Stand” (w/Miley Cyrus), “Country Music Has the Blues” (w/George Jones and Loretta Lynn), “Achy Breaky Heart” and an acoustic version of “Some Gave All.” Listen to “The Distance”–the only new song on the album–on Rolling Stone Country HERE. Elsewhere, check out the acoustic version of “Some Gave All” on TasteofCountry.com HERE.

Stephen Vicino is the founder of MusicExistence.com. He created this site to give talented musicians a voice and a way to be discovered.
@@svicino
Previous TEXAS IN JULY UNLEASHES THEIR “SWEETEST POISON”
Next RADIOINACTIVE, “ANIMAL”