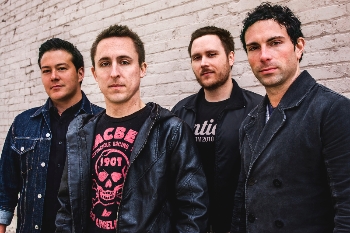 “We really feel like we got where we wanted to be, and made a proper rock ‘n’ roll record,” says vocalist Ryan Key of YELLOWCARD regarding their seventh studio album LIFT A SAIL (Razor & Tie; release date: 6th October 2014).  “We really changed lanes, I think. It’s still a massive rock record, but there were a lot of choices made while we were writing the songs that were new for us. We continued to challenge ourselves throughout the writing and recording process.”

“The day has arrived! We are so happy to announce that the pre-sale for our new record Lift a Sail begins today,” he continues. “The album will be released October 6th but you can preorder it beginning today, Tuesday, August 19th at http://geni.us/yellowcard. Also, there are preorder merch bundles with exclusive Lift a Sail items at http://smarturl.it/liftasail

Kicking off with the majestic violin-only instrumental “Convocation”, a choice that heralds not only the first time they’ve done something as experimental as this, but also a brand new start for the band.  Abandoning any binds that held them to scenes or musical styles, Yellowcard let loose and rattled their own cages.  The massively anthemic “Transmission Home” shows a band unleashed and eager to start anew. With Ryan Mendez’s muscular power chords and the sonic boom of guest drummer Nate Young (of Anberlin), Lift A Sail shifts quickly into high gear, upping the rock quotient with Sean Mackin’s trademark violin adding extra texture. From the ringing “Crash The Gates” to the driving “Make Me So” which recalls the band’s superb talent for huge singalong choruses, to the balladic “Madrid”, it’s an album with more peaks than valleys, but also not afraid to show its vulnerability.  Named after Moscow’s time zone, “MSK” is a testament to Key’s growth as a songwriter. Sparse and soaring with atmospheric keys, electronics, and Mackin’s swirling violin, it’s a first in that it is completely devoid of drums and guitar – something they have never done before. “It’s a bold leap for us,” Key says confidently. Written about the apartment Key and his now-wife shared in Denver after her tragic accident that left her paralyzed from the waist down, album track “One Bedroom” stands closest to what many feel is classic Yellowcard. Over acoustic guitars that gradually give way to an anthemic power ballad, Key sings a tender love song, intoning “You’re the one for the rest of the rest of time,” in earnestness.  Lyrically circling around Key’s family and, most prominently, his wife, it’s a very personal album and one that really pushes the band outside of their comfort zone.

Lift a Sail is a fearless album and one that sees Yellowcard really growing bigger and louder.  The epic title track sums up the attitude of the album whose resilient lyrics “If a storm blows in on me / I am ready now” reflects the inspiring determination of not only Key’s wife but also the band’s unending creative strength in making music. “It’s the one song that really encompasses this whole experience,” Key declares, looking back on everything he, his family and his bandmates have been through over the past year. “It’s saying, we’re ready for anything now.”

Yellowcard is Ryan Key (vocals, guitars), Sean Mackin (violins), Ryan Mendez (guitar), and Josh Portman (bass). Lift A Sail was produced by Neal Avron and will be released on October 6th, 2014 via Razor & Tie.  Previously, Yellowcard have announced a USA Fall tour with Memphis May Fire and Emarosa (tour dates below).  “We can’t wait for you all to hear these new songs,” Key concludes. “And we will see you on tour!”/. European tour dates are set to follow.

Stephen Vicino is the founder of MusicExistence.com. He created this site to give talented musicians a voice and a way to be discovered.
@@svicino
Previous WOAHNOWS Announce Free Entry UK Tour with Brawlers
Next BAYSIDE ANNOUNCES FALL HEADLINE TOUR 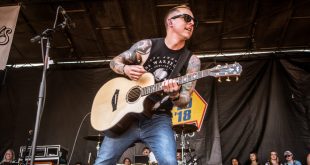 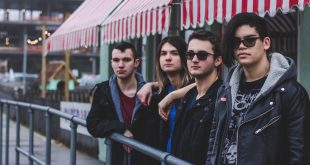