“I felt it was time to get back on stage to experiment with my music and to present it in a more intimate setting,” says IAMX mastermind Chris Corner, announcing his month-long residency this October 2014 at COMPLEX (806 Colorado Street, Glendale, CA). These four Sunday shows – Oct. 5, 12, 19 and 26 – will be the first public performances in over a year. “Large scale touring and mechanically making records for so long under so much self-inflicted stress led to me to a revelation last year,” he continues, “a breakdown you might say – or ‘breakthrough’ as I’ve been programmed to say.”

Following two sold-out StageIt performances broadcast over the internet, each revisiting the first two albums Kiss + Swallow and The Alternative respectively, the residency at COMPLEX will be yet another important step for IAMX towards musical recovery. “I want to build back up in a fresh and sustainable way,” Corner explains. “Playing the songs gently and with control is my new challenge. Trying not to lose myself and be consumed by the intense emotion that my music sometimes brings to the surface.” With a capacity of roughly 200, these shows will expose the brilliance of his music stripped down and will also be special and undoubtedly charged performances with rotating set lists, insuring that each show will be different. “Another reason for doing these intimate shows,” he adds, “is so I can feel the warmth and see the twinkles in their eyes.”

After being diagnosed with a debilitating and career-threatening case of chronic insomnia, Corner spent the last year learning how to cope with his new lifestyle and putting his career on hold. “I used to be so scared that things would fall apart if I change or take a break,” he confesses, “that fans would disappear and nobody would be interested in a year’s time. My illness just stopped everything anyway. Now I see that that reality just brought me closer to them. It showed me how much patience and love they have.”

Founded in 2004, IAMX has released four albums that cross genres from electro to dance to experimental burlesque to stripped-down pulsating ballads without losing its very-human soul. The media has taken notice, calling IAMX’s music “gorgeous… deliriously gloomy… and endearingly vulnerable” (Alternative Press), “hidden treasures for the ear that are so pristine, so lush and so near-perfect, that you want to share it with the world (9 out of 10)” (Blurt! Magazine), and “enthralling, highly theatrical mix of biting Brit Pop and electronica” (NYLON).With the deafening silence of the last year, his media profile went silent as well with many wondering what IAMX was cooking up when, in fact, he was just learning how to survive and relearn how to live.

With a wealth of material to draw from and an unpredictable mind that never stops being creative, IAMX is still formulating what these four intimate shows will encapsulate. “I honestly have no solid idea of what I will do yet,” he muses. “I have done some acoustic performances recently which have been quite inspiring. I integrated loops and electronics and it’s working quite well. Just me, a guitar and my pedals. I like the simplicity.” Unbound by the limitations of international touring and exhausting schedules with little or no room for improvisation, these shows will be an exciting time for not only IAMX but the audience as well. “I think it will be this and a combination of some heavier remixing, like a one-off show I did a few years ago called The IAMX Noise Cabinet,” he replies. “I reworked old material to be dirtier and more dancefloor. I’ll probably ask a couple of guests up too if anyone’s interested.”

Excited for the prospect and unpredictability of the residency, Corner is looking forward to the shows. “It’s a lovely, small club,” he concludes. “We felt that a four-show residency would give enough people the chance to be a part of it.”

Stephen Vicino is the founder of MusicExistence.com. He created this site to give talented musicians a voice and a way to be discovered.
@@svicino
Previous BUCKCHERRY DEBUT’S NEW VIDEO FOR “SAY F#CK IT”; NEW ‘F#CK’ EP OUT TODAY!
Next YAMIN SEMALI, “ESUORA'” 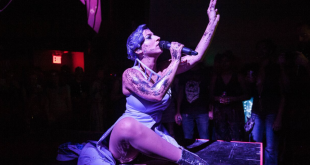 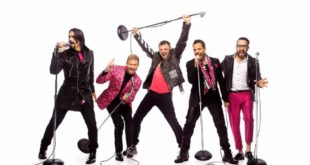 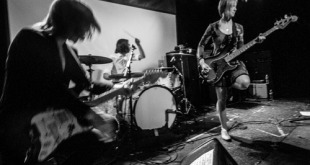