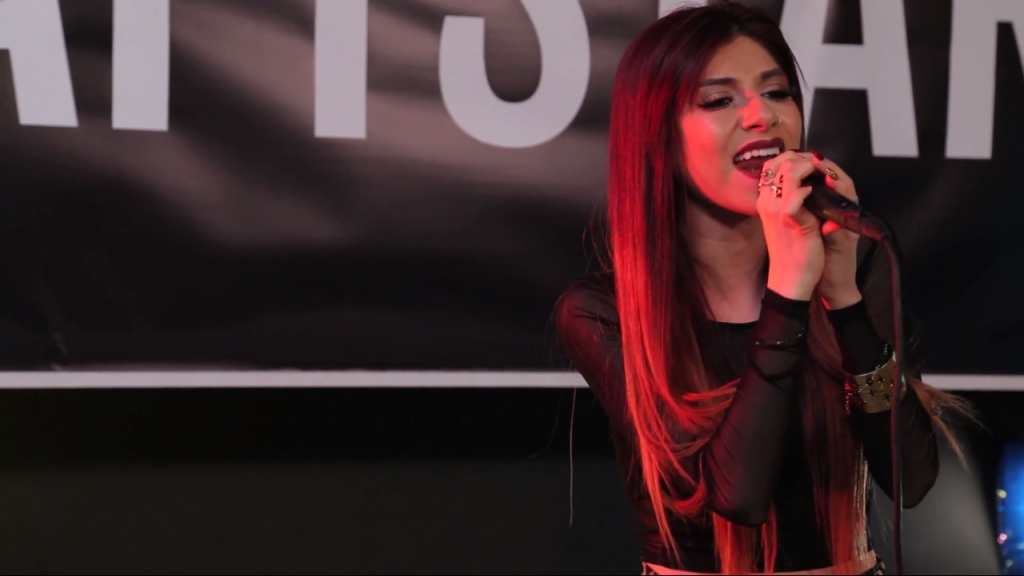 -Rugged Pop Artist Alexa Ferr is currently in the studio, working with a variety of producers, including The Invaders (Josh Levi, Blake McGrath, Ashley Roberts) on a follow up to her debut EP, Lipstick On The Glass. Alexa recently took a break from the studio to perform a live acoustic version of her latest single “So Hard (To Love You)” for DAFTSTAR, INC.

For the past few years, Alexa has been in Los Angeles working with The Invaders  (Blake McGrath, Chrystina Sayers, Melody Thornton, X Factor’s Josh Levi, Normani Kordei of Fifth Harmony) who produced her debut EP Lipstick In The Glass. Developing her sound from the release of “Fell,” Alexa has been able to captivate a “rugged pop” which is described as a sound “being rougher than average pop.” With this sound, Alexa not only shows her maturation but also her potential as an up and coming artist.

Stephen Vicino is the founder of MusicExistence.com. He created this site to give talented musicians a voice and a way to be discovered.
@@svicino
Previous Celldweller Announces New Album “End of an Empire”
Next City of the Weak Interview