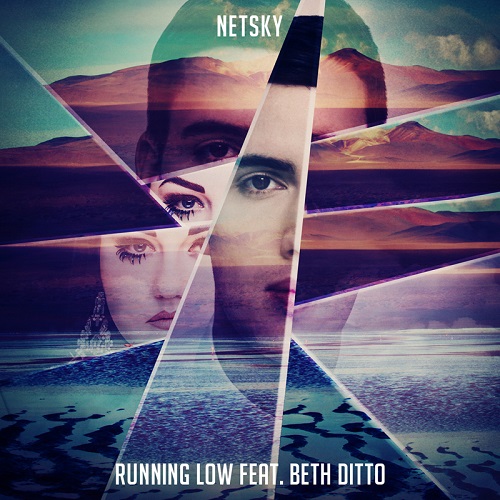 NETSKY presents the new single “Running Low” featuring Beth Ditto, taken from his upcoming album out later this year. The track, due August 18 via Ultra Music, is a supercharged mix of drum & bass beats and haunting, passionate vocals from the inimitable Gossip frontwoman Beth Ditto. An additional package of “Running Low” will also be available on the same day featuring remixes by Todd Edwards, Fred V & Grafix, and Wookie, along with an extended version of the song.

In support of “Running Low”— the #6 most Shazamed track at the TommorowLand festival in Europe this past month–NETSKY will come stateside for a trio of high-profile appearances: August 31 at Electric Zoo in New York, September 5 at Nocturnal Wonderland in Southern California and November 12 aboard the Mad Decent Boat Party.  A full North American tour is also in the works for November and December.  Details will be announced soon.

Hailing from Belgium and signing to Hospital Records in 2009, NETSKY (aka Boris Daenen) has in a few short years built a reputation for delivering relentlessly on-point, hard hitting drum & bass anthems which have earned him numerous awards and accolades the world over. Releases such as “Memory Lane” and his infamous self-titled debut album Netsky propelled the talented young producer from Antwerp into a meteoritic rise to quickly become one of the most talked about and talented names within the electronic music world. His trademark sound, an explosive fusion of stirring vocals with a unique and soulful take on the drum & bass sound has earned him respect and support from across the industry and an extensive, dedicated global fan base.

After signing to Epic Records in Europe and Ultra Music in North America for his first major release, “Running Low” is the first taste of new material from NETSKY, who has been locked in the studio, busily working on his third album which will be released later in 2014.

Seamlessly blurring the lines between artist and superstar producer, NETSKY also boasts an impressive cast list of remix duties, having re-mixed a number of huge anthems including Pendulum’s “Witchcraft,” Swedish House Mafia’s “One” and Rusko’s “Everyday,” the latter  which has since garnered nearly 18 million views on YouTube.

NETSKY’s live show, unveiled in 2012 at London’s Brixton Academy, continues to push the boundaries to define how this style of music can be produced and experienced live. A forward thinking and progressive live show, which sees NETSKY joined on stage by a full live band, coupled with epic production and visuals, NETSKY LIVE! has already completed sold out tours of Europe, New Zealand, Australia, the Fonda Theatre in Los Angeles, Webster Hall in New York City as well as Belgium’s Lotto Arena Stadium in April 2013. In addition to holding huge slots at festivals such as Glastonbury, Rock Werchter, Future Music Festival and at the end of last year, the headline support slot on Chase & Status’ U.K. arena tour NETSKY LIVE! was also one of the standout performances at last year’s Coachella and Ultra Music Festival.

This summer sees another jampacked touring schedule for NETSKY, with headline slots on the dance stages at Reading, Leeds, SW4 and NASS to name but a few.

One thing’s for sure, 2014 is looking to be a groundbreaking year of epic proportions for Europe’s premium DJ export.