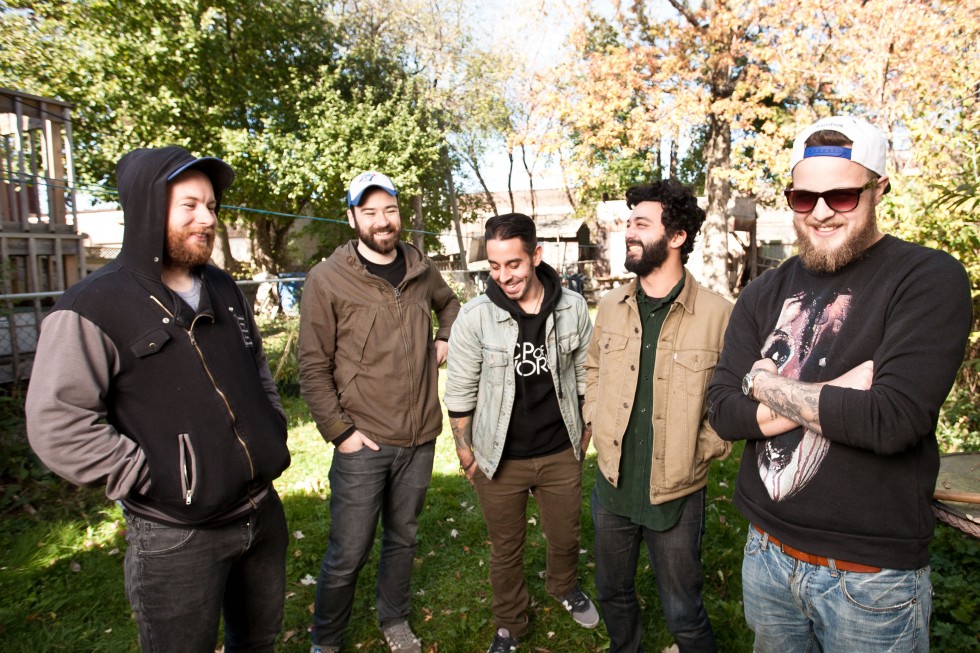 Protest The Hero release today the video for the track “Mist” from their fourth studio album, Volition.  Shot in the province of Newfoundland, Mist is an 8 ½ minute mini movie showcasing an area that contains some of the band’s most dedicated fans.  Newfoundland is not found on most band’s tour itineraries, but repeated visits by Protest the Hero has led to the building of one of the band’s most raucous fan bases.

Guitarist Luke Hoskin adds, “Making this video came in two parts.  Originally, the plan was to film an “Island Tour.”  We pestered our friend/promoter Johnny to book us as many shows on the island as possible.  Begrudgingly, he dug us up two additional shows to the typical BIG St. John’s date.  We hauled everything we could in two small minivans, and a gaggle of our wonderful NFLD friends tagged along in a couple separate vehicles.  It felt more like a carnival than a tour – our motorcade invading gas stations and rest stops along the way.  It wouldn’t have been the same without all those familiar faces there to help us at every step.

He continues, “When we were done though, it felt like something was missing… Since the original idea was to film the tour and make the ‘mist’ video from all that footage, our job was done right? We were close, but we felt like we had left out the most beautiful part of the island – the island itself! So we returned. And we made sure to capture some of our favorite spots in the St. John’s area.  As expected, we were welcomed with open arms and the unbridled enthusiasm we had come to expect from this place.   It was an amazing feeling to make a video for the song about the place you love the most.  It was even more amazing to fall further in love while shooting. I am constantly reminded of the friendships we have made there, and am ever thankful for the reception we have experienced. There is something truly magnetic about this place – don’t go unless you plan on returning many times.

“Mist” is the fifth official video released from Volition following lyric videos for the tracks “Clarity” and “A Life Embossed” and conceptual videos for the tracks “Underbite” and “Tilting Against Windmills.”  The band will continue to tour through the end of 2014 with stops in their native country of Canada along with Australia, South Africa, Europe, and the UK.

Stephen Vicino is the founder of MusicExistence.com. He created this site to give talented musicians a voice and a way to be discovered.
@@svicino
Previous Scottie Flippen – “Get it Off Ya Chest
Next DEVIN TOWNSEND PROJECT announces North American tour with ANIMALS AS LEADERS, MONUMENTS