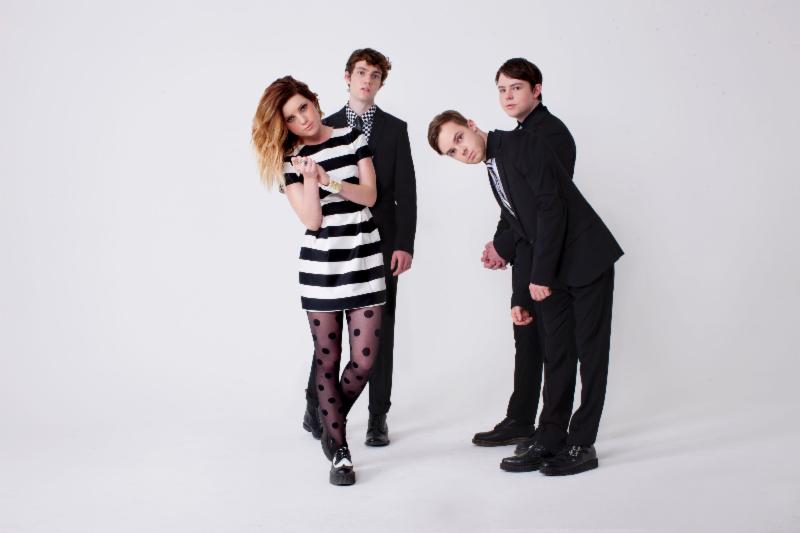 After a whirlwind summer as one of the most anticipated and highly-praised acts of Vans Warped Tour, alt-pop band Echosmith has now announced they will be joining American Authors on this fall’s Honda Civic Tour, a 3-week trek kicking off October 1 in Reno, NV. Following that run, the band will headline a handful of shows starting November 12 with stops in New York, Philadelphia, Chicago and more. Tickets for those shows go on sale this Friday, Aug. 8th at 10am. See below for a full list of dates.

The LA-based foursome is having a breakout 2014 with the success of their debut album Talking Dreams, featuring hit single “Cool Kids”, continuing to propel them into the spotlight. The song is currently #1 in the iTunes Alternative Chart and rapidly climbing Top 40 and Hot AC Radio charts, while the video is approaching 4 million views on YouTube. MTV has taken notice and named Echosmith an “Artist to Watch” for the year, and the band also recently made their late night debut performing “Cool Kids” on Conan.

The Sierota siblings – Jamie (vocals/guitar), Sydney (vocals/keyboard), Noah (vocals/bass), and Graham (drums) – have developed a distinctive melody-minded, New Wave-influenced sound that has earned them rave reviews. Entertainment Weekly declared them “ready to break out” following their performance at SXSW, Seventeen has lauded lead singer Sydney’s “stunning voice,” and Perez Hilton recently featured the band as a must-listen. Nylon warns, “HAIM might be front and center in terms of the whole ‘family band’ category, but these sisters better watch out because there’s another crew of California siblings about to take over.”

Stephen Vicino is the founder of MusicExistence.com. He created this site to give talented musicians a voice and a way to be discovered.
@@svicino
Previous HANG THE BASTARD unleash video for “Sex In The Seventh Circle”
Next ENTOMBED A.D. premieres “Pandemic Rage”