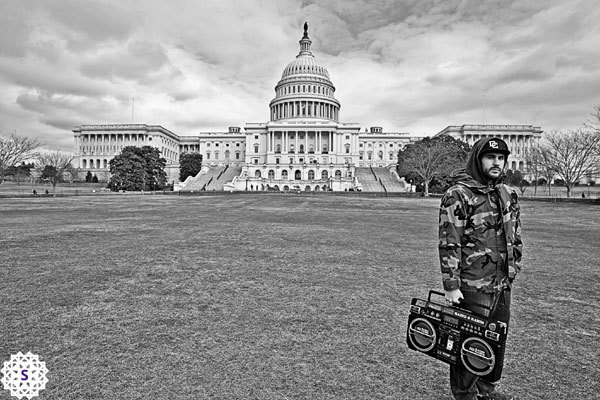 Washington D.C. rapper Radio Rahim presents the Arad-directed music video for “In Full Effect”, the new single from his new album In Full Effect, produced entirely by Ill Adrenaline Records producer Confidence and featuring Quadir Lateef. Rahim has shared stages along side Brother Ali, OneBeLo, RJD2, Blueprint, Sage Francis and J-Live. His discography includes 2005’s Borne Phoenix, 2011’s Let The People Know and 2012’s Raw Tranquility mixtape. “My focus when writing this piece was to capture my feelings about an awakening in American consciousness which unfortunately seems to be going dormant again,” Rahim says. “Being the title track off my latest project and one of the only somewhat political songs I encompassed each verse with my personal stance and disposition on the changing climate we have been facing. I take an active role in my community and made this song as reflection of that activism and artistry.” The In Full Effect album is out now.

Stephen Vicino is the founder of MusicExistence.com. He created this site to give talented musicians a voice and a way to be discovered.
@@svicino
Previous Album Review: Godsmack – 1000hp
Next 3PM To Release Sophmore Album August 15