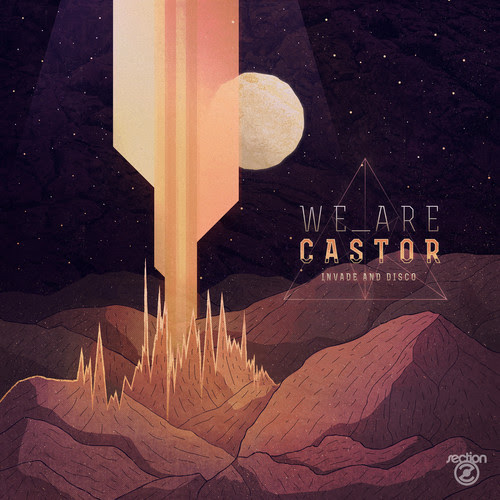 Album review: We are Castor – Invade and Disco

So, lets start with We are Castor whose last album ‘Invade and Disco’ is one of the most refreshing releases from July. In the middle of the summer season and with all the festivals going around Europe and America, the attentive ears listening behind the gates of tickets avenues, We are Castor is shaking hands with some of the most eclectic and vibrant musicians in the world creating influence for the next round of festivals.

Kristoffer Støylen Refvik (Vocals), Håvard Loeng (drums), Magnus Leite (bass), Ada Mathea Hoel (contra-bass) joined the amazing dream created by Adrian Thesen (funder), Andreas Steen (the funky guy) and Valeria Neira Lillebjerka (vocals) which is coloured by authentic folk and brass bands, like the sounds of a film reminding us of Interstella 5555 (Discovery) one of the most original albums made by Daft Punk during the early 00’.

But ‘Invade and Disco’ is much more than a long disco-electronic track sounding like funk. It’s a delicate (sometimes), disruptive (somehow) and lengthened remix of good ideas and charming chicks lying on the grass.

Anecdote note: My friend went for a shower in the middle of the set and once she came back she said – are you still listening to that album? –, I said yes and she gave a huge smile and said, that’s long but a very good one!

We are Castor we will be waiting for your live performances and next album.

Listen to Invade and Disco on SoundCloud (https://soundcloud.com/wearecastor/sets/invade-disco-full-album) and
Buy on Bandcamp