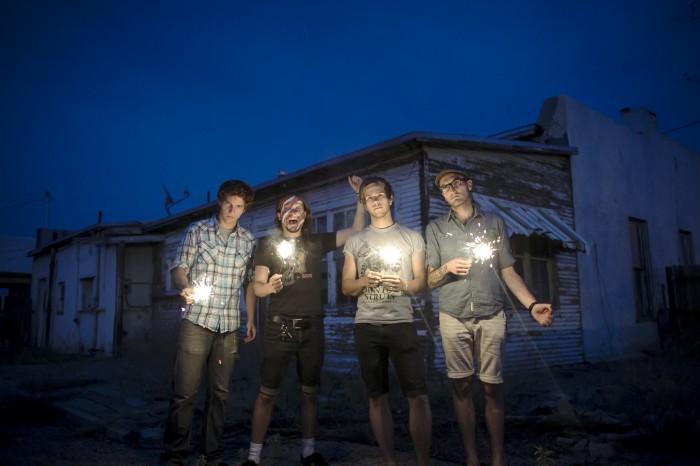 Hailing from Humbolt Park in Chicago, the angular punk band The Howl offer an intimate glimpse into their rehearsal space, live show ferocity, and angst-influences through their video for “Jejune,” released today by Alt Press. Formed in 2012 by high-school friends Sam Porter (Guitar, Vox), John Garrison (Drums), and Ryan Grillaert (Bass, Vox), The Howl rounded their line-up with guitarist John Shotwell (Guitar, Vox) following following the acrimonious split of their former guitarist, Porter’s brother and Shotwell’s former roommate. Having steadily grown their Midwest fanbase after the release of their debut EP 900 Feature Beneath, The Howl took to their disjunct yet melodic punk rock to the road, spending much of last year touring from coast to coast.

“Jejune” is the follow-up to The Howl’s June 2013 limited edition 7″, Things I’ve Learned While Swallowing S Words, featuring the anthemic “Cast Aways” and the acoustic feeler “Little Killer.” “Jejune” continues to establish the band’s diverse musical nature, dabbling in modern emo, math-y punk, and driving rock, while teasing the band’s forthcoming winter EP release. Directed and shot by close friends Chris Bauer and Devin Aadland, the video for “Jejune” features stark and minimalistic imagery with an almost anti-climatic ending, allegorically mirroring the track’s message of simultaneously existing in while fighting to overcome a state of blissful ignorance.  “Too often I let the grief of yesterday keep me from experiencing new things,” explains guitarist Sam Porter, “A new sun rises for almost every person, every day (Sorry Alaska). That choice to change is always there for you.“

The Howl will return to the road to kick off a month-long tour in the North East and Midwest next week starting in Detroit on August 3rd.  See below for full tour dates. 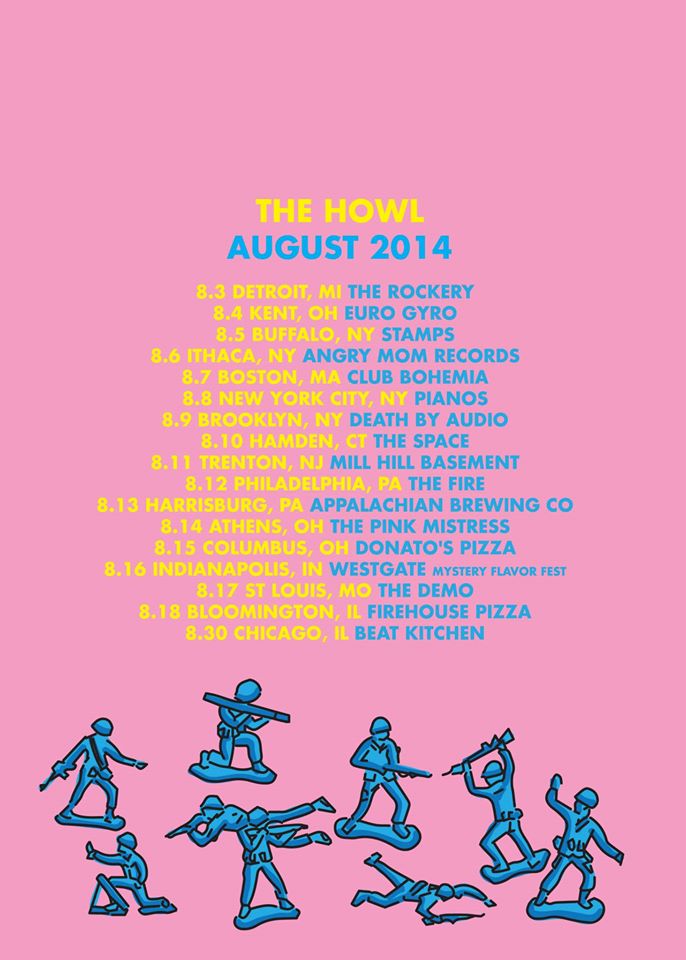 Stephen Vicino is the founder of MusicExistence.com. He created this site to give talented musicians a voice and a way to be discovered.
@@svicino
Previous Interview with Bianca Hendy
Next Win 2 Tickets to See Jamie Alimorad