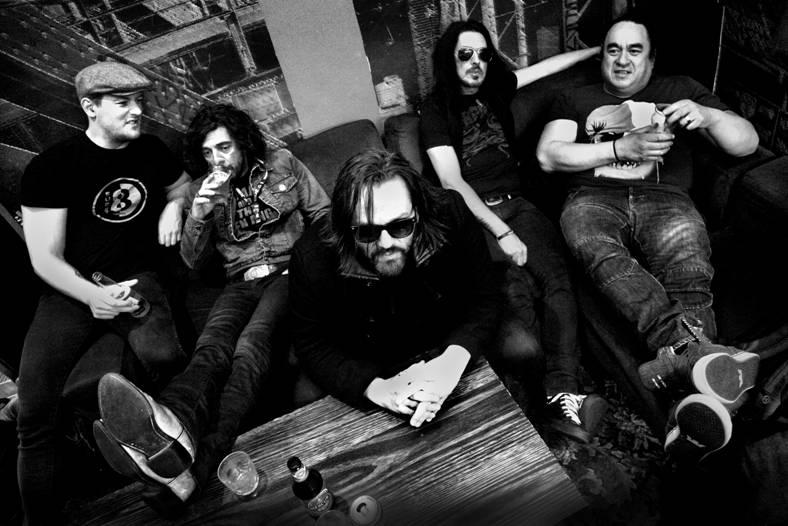 It’d been two years since the Mary’s last European gig when they received the phone call from states. Rusty had just finished a week in the studio with the legendary engineer Mike Tholen and now it was time for the band to pick up their instruments and do another ELECTRIC MARY recording. They weren’t looking for an album, they just wanted to get back in the studio and smash out some tunes … and smash them out they did. With drummer Davey Porter at the helm it was all about a new swagger for the band and they responded accordingly. The five track “The Last Great Hope” .. captures a small moment in time…a time when rock’n’roll was all that mattered. Driving riffs and attitude course through the body of the mini album – from the slide guitar of opener “Sweet May”, through to the pulsing riffs of “So Cruel” and first single “Nicotine”, from the punk vibe of “Welcome To The Otherside” to the slow heavy groove of “Already Gone”.

Now they are bringing that time back to the UK, Spain & France

This is Rock”n”Roll the way it used to taste!

Tickets are available from all usual outlets

For information on HRH fest – www.hardrockhell.com

Stephen Vicino is the founder of MusicExistence.com. He created this site to give talented musicians a voice and a way to be discovered.
@@svicino
Previous JABEE FREESTYLES ON “SWAY IN THE MORNING”
Next Album review: We are Castor – Invade and Disco