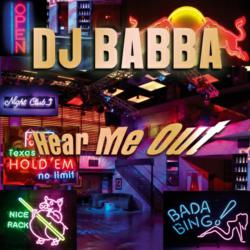 International rising star DJ Babba is one of the hottest new artists in electronic, dance, pop, trance music. DJ Babba grew up in the Netherlands in a very musical family.Before he became a DJ / producer he was already working in recording studio’s recording bands and artists as a sound engineer.Growing up in the 80’s his influences are mainly music from the 80’s , Synthesizer music (Vangelis, Jean Michel Jarre, Kraftwerk, Giorgio Moroder), Reggea and Italo disco music however his taste in music also comes from working with other artists and listening to music of today’s big stars, for example David Guetta.DJ Babba has been working in the music industry for many years now producing albums for other artists. His music style varies from Dance, Trance, Pop, Electronic. The last year he has been working together with some great and famous singers to complete his first debut album “Hear Me Out” that was released digital this summer and on disc, December 12, 2013.DJ Babba’s debut album has 16 great electronic songs, including some great instrumental electronic/dance/trance music and some vocal songs by Romy ( 2 Unlimited ), Eddy King , David Lightfoot.

Stephen Vicino is the founder of MusicExistence.com. He created this site to give talented musicians a voice and a way to be discovered.
@@svicino
Previous For Today & We Came As Romans Fall Tour
Next Combichrist Drops Blood On The Dance floor From Upcoming Tour 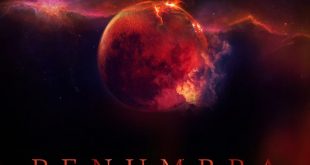