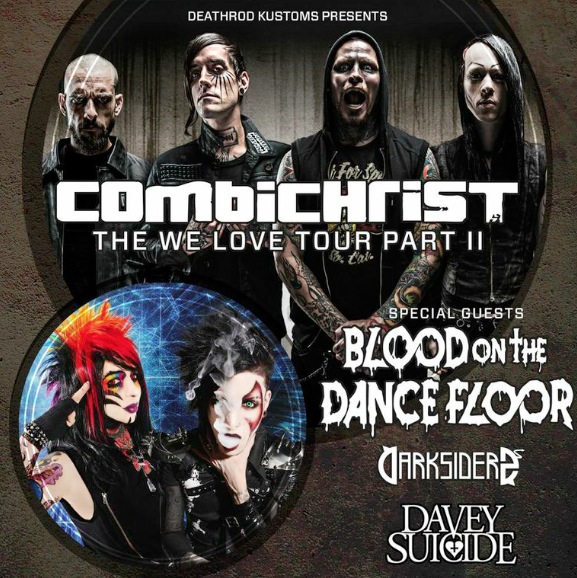 Gearing up for another round of body-pummeling beats and relentless aggression, COMBICHRIST have announced a second leg to their WE LOVE TOUR in support of their latest album WE LOVE YOU (Metropolis Records). Kicking off October 2nd October at Tampa, FL’s Orpheum Theater and wrapping up right before Halloween in Covington, KY, Combichrist will be supported by the electropop duo Blood on the Dance Floor, gutter goth monsters Davey Suicide, and hardstyle EDM maven Darksiderz. Like the first US tour, COMBICHRIST will be again be hosting their Very Important Pizza Parties at each show for their fans who want the Combichrist VIP(P) experience.

Riding on a wave of critical and public acclaim, Combichrist’s latest album WE LOVE YOU has been showered with praise including REVOLVER (“… these Norwegians rage forth with snarking synths and squealing feedback… We love you too, man. 4 stars”), to THE AQUARIAN (“We Love You does a wonderful job of letting the listener get out their aggressions and discontent… beautiful minor-key melodies, delivered with mesmerizing rhythms”), to SHAKEFIRE (“It’s loud, it’s rough, it’s basically a punch in the gut from a heavyweight boxer that leaves you in a pumped up state ready for action and taking names. A+”). Their signature live adrenaline-drenched live shows have been equally praised, with RUE MORGUE essentially capturing the essence with their review of a recent Toronto show: “Could the title of Combichrist’s new album We Love You actually be sincere? Because the smiles and affection for the crowd emanating from frontman Andy LaPlegua during the band’s recent gig at Toronto’s Opera House seemed to belie the aggro inherent in Combichrist’s aggrotech oeuvre.”

Founded in 2003 when frontman Andy LaPlegua departed futurepop outfit Icon of Coil, Combichrist combined hardcore with electronics into a single, mechanical music monster. Without the compromise of the band dynamic, LaPlegua, who does everything in the studio himself, was able to explore whatever musical avenue he desired. The Joy of Gunz, the first Combichrist album, and the four subsequent albums –Everybody Hates You (2005), What the F*** Is Wrong With You People? (2007),Today We Are All Demons (2009) and Making Monsters (2011), cemented Combichrist’s iconic place in the dark electronica pantheon. The 2013 album No Redemption, a companion soundtrack to the CapCom videogame DMC Devil May Cry (not a full-on Combichrist release but an experimental musical excursion) brought Combichrist into a world more metal and intentionally harder and brutal than anything that had been previously released. Stretching their musical scope even wider, in late 2013 the band performed with a symphony orchestra in Leipzig as part of the Gothik Meets Klassik Festival. Paying homage to their history, they completed a series of “old school” shows to remind fans of their illustrious electronic roots.

Like all previous albums and tours, the fans can expect pure and unadulterated Combichrist. “One of my best friends said it the best, ‘listening to this album sums up everything I know about you and music’,” LaPlegua laughs, “only bigger, more bombastic and even louder!”

Stephen Vicino is the founder of MusicExistence.com. He created this site to give talented musicians a voice and a way to be discovered.
@@svicino
Previous (We Are) Nexus Release Long Awaited “Shamelessly!
Next For Today & We Came As Romans Fall Tour 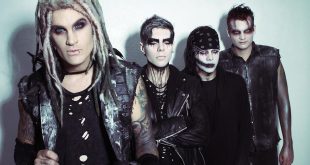 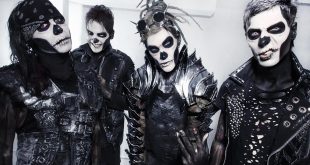 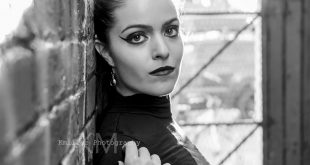