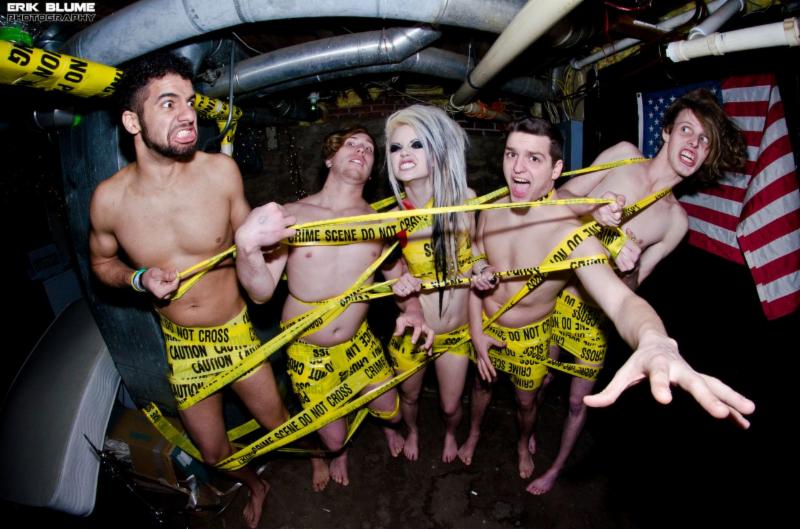 Hailing from St. Paul, Minnesota, City of the Weak combine pop melodies with progressive punk dynamism to create a genre all their own. The group is set to explode with the release of “Just Another Eulogy,” the 1st single from Disclosure, the quintet’s highly-anticipated sophomore EP (April 23, 2014).

The five college-aged members of COTW kick-started their music career in early 2012. A few lineup changes and a couple of years later, they have established themselves as one of the hottest up-and-comers touring the US. Rock n roll focused, they are best known for their intensity on stage, as well as their big personalities offstage. They released their debut EP White Fire Alarm (Produced by Eric LaBrosse of Cherry Pit Studios ) in early 2013. The release quickly garnered attention after the release of the EP’s two music videos “In a World of Bottles & Bedsores” and “White Fire Alarm.” The video for “White Fire Alarm” (released March 2014) made a particularly smashing impression. Directed by Peter Doucette, the video is a perfect match for the anthemic song’s kick-ass, in your face attitude.

Stephen Vicino is the founder of MusicExistence.com. He created this site to give talented musicians a voice and a way to be discovered.
@@svicino
Previous Summer 2014 Festival Jams
Next TeamMate Releases Latest Single “Goldmine”