British soul singer and songwriter Sam Smith has made U.S. pop music history with his debut album, In The Lonely Hour, selling more copies in its first week of release – 166,000 – than any other debut album by a UK male artist in the 23-year history of Soundscan.  The Capitol Records album will enter the Billboard Top 200 Albums chart next week at #2, propelled by the artist’s Top-Ten hit single, “Stay With Me,” which has just surpassed sales of one million copies this week.

The record-setting first-week sales figure for Smith’s U.S. debut reflects the British artist’s burgeoning popularity on this side of the Atlantic.  A forthcoming North American tour in September has completely sold out (a few tickets remain in Portland, OR), including The Greek Theatre in Los Angeles, the Hammerstein Ballroom in New York and the Riviera Theater in Chicago.

Critics have lauded Smith and his music, as well, with TIME magazine proclaiming, “In The Lonely Hour finds Smith changing course and doubling back to recognizably classic sounds: warm, simple melodies with structures and tones cribbed from gospel music, plus luxurious strings and guitar lines that complement his fluttering vocal turns… Smith understands that his voice is the key to unlocking these songs, and when it’s made the focal point he shines… Smith’s pain leaps from the speakers, familiar and undeniable.”

The Associated Press gave Smith’s debut a “Grade A”, writing, “The 22-year-old English singer’s soulful pop debut, In the Lonely Hour, is a passionate, heart-wrenching album,” while the Washington Post raved, “In the Lonely Hour shows off every facet of Smith’s voice to goose pimple-raising effect.”

According to Capitol Music Group Chairman & CEO Steve Barnett, “We are thrilled that American audiences are embracing Sam Smith and In The Lonely Hour so strongly. Sam’s stirring and revealing songs, as well as his one-of-a-kind voice and soulful delivery, is a combination that’s compelling and imbued with artistry.  We are still at the early stages of presenting Sam Smith and his music to U.S. audiences, but this record-setting first week is certainly a strong sign of music fans’ recognition that a great new artist has arrived.”

All this month, Smith is being featured as MTV’s “Artist To Watch” and VH1’s “You Oughta Know” artist.

Tags Money On My Mind Sam Smith Stay With me

Stephen Vicino is the founder of MusicExistence.com. He created this site to give talented musicians a voice and a way to be discovered.
@@svicino
Previous Bollyhoo – Halo (Beautiful Day)
Next Gear Review, Alvarez Acoustic 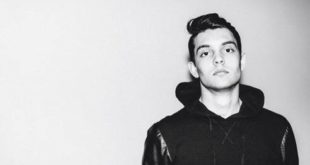