Was being a part of Special Ed and The Musically Challenged a factor in the success of Oracles and Ice Cream and your latest release Letters from High Latitudes? The Musically Challenged were and still are a big part of my music life.. So much happened in a short time and the breadth of music was unparalleled by other bands at the time. Mike Freedman and Dave Patel are still my mates and partners in crime. Over the last 8 years we as people become so busy with life and work, that it became difficult to work together as fluidly and as frequently as we had in the past. I am always writing music and whether the band is a part of the experience or not the influences we all share and healthy competitiveness has accelerated all of the music to a whole new level of quality and success..

Do you miss being in a band as apposed to a solo artist? I miss it like I’d miss my left arm.. I like playing music anytime, whether it be solo or with a band but playing and interacting with other musicians is what I really love to do. I guess I do miss it but I always know that when we do play as a unit that it makes my minute, hour, day and year….

Where do you draw inspiration from? Life is my open book… life experience and the things going on around you are the most important to pay attention to when the emotional trigger has been displayed. We all live our lives with the good times and bad; carving existence like well worked pieces of wood in a craftsman’s hands. The wood doesn’t know what it’s going to be, but life, the carpenter has plans for cuts and the polishing that makes us who we are..

Do you play live shows? Who plays with you? Yes I play live all the time.. Its really a money thing.. I can’t ask a band to play for nothing anymore as people realistically have lives that need reimbursement. When the money is there Dave Patel, Mike Freedman and Tobias Tinker are a part of what makes the band rock, breathe and jump..

We know that you are an amazing musician, what else are you good at? Well I guess I’m a bit of a polymath. I’m really into farming and gardening. I come from many generations of farmers so I guess it’s in my blood. My wife and I grow enough food every year to feed our family and friends and sustain us through the winter. I am very passionate about politics and civil rights. My Father Tony Roman was the Mayor of Markham for over 30 years as well as the first coalition candidate ever in the history of Canadian politics to have run as an independent and won. He was also the police commissioner for 14 years as well as the head of York Region for six years. If you grew up in my house there was never a dull moment and we as a family were very politically active all through our lives. I was canvassing homes at the age of 7 years. I have incredible knowledge of political history world wide and could very easily write a book or two on the topic but people may not like what I have to say.. The truth will set you free but first its going to make you very angry…

Where can we find your music? Come on by to www.edroman.net and you can buy my music at the site. You can also get all of my music from Amazon to iTunes at 50 different locations. You can always stay up to date with me if you get the free Ed Roman App at iTunes. It’s available for iPhone and Android.

What is in store for the future of your music? I really want to play to people and touring and gigging makes me feel whole. I am always composing and thinking in a creative fashion, and I really want to record some music that we made as kids. A child hood friend, Bain Arnold passed away a few years back now and I wanted pay some kind of homage to him and to the idea that as children we had so much freedom to express ourselves in such tactical ways without the influx of continual technology. Plus we grew up close to hydro wires… lol

Right out of the gate, with his freshman release in 2000, Special Ed and The Musically

Challenged, Ed Roman defined his paradigm with inventive, infectious tunes that shook one’s marrow and stirred the spirit…This guy is unique! Three follow-up releases with SEMC continued to mesmerize and astonish, with music that both kissed and prodded, seduced and challenged, hypnotized and enlightened…

In May 2011, Ed released his solo venture, Oracles and Ice Cream, and has never looked back. It is 22 tracks that are an amazing marvel of songwriting wizardry, prodigious performances and contagious energy, with the mystery and magic of a lucid, tantalizing dream. The music both traverses and convenes broad music styles into the consummate collective of penetrating rhythms and canyon-wide harmonic explorations, glazed with lyrics that are both poignant and whimsical.

Now, in 2014, with Letters from High Latitudes, (an homage to his Ontario, Canada home) Ed Roman has done it again, creating an earthy, funky and magical mix of music to seduce the listeners’ ears! An accomplished musician, Ed performs 90 percent of the instruments on his album, recording drums, bass, guitars, organ, vocals and even sitar! The sound is rounded out with help from some of the top Canadian session musicians like Dave Patel on drums (Sass Jordan) and Mike Freedman on electric guitars (Tia Brazda.) Sit back, get mellow and listen to this truly skillful musician weave a tapestry of enchantment from an eclectic fabric of musical styles.

One can never get too comfortable however, as Ed will undoubtedly prompt the listener to examine their world and stimulate them to make it better! Ed asks us everyone to glimpse the world from his vantage point, offering up his vision and sometimes helping to point out the areas that need tidying. Like the janitor of conscience, he’ll frequently show the cobwebs and sweep the dirt from the corners of one’s perspective. The listener is left uplifted, invigorated and enriched by dewy new jewels of insight and permeated by a mosaic of musical mayhem. Funky, ethereal, grungy, luscious, rowdy, serene, provocative, clever, insightful and uniquely exhilarating, Ed Roman’s marvelous musings drop dollops of tasteful delight through our ears to our hearts. You can’t help but dance. You can’t help but smile.

Stephen Vicino is the founder of MusicExistence.com. He created this site to give talented musicians a voice and a way to be discovered.
@@svicino
Previous KluSlim drops “JiveMIND”
Next You Must Hear Joardan JAE! 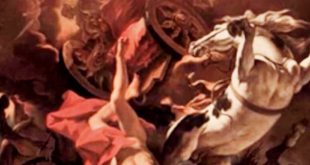 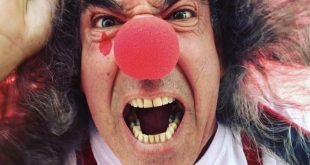