David Huebner – From The Cabin – Review

If ever a title told the tale of a release, it surely must be David Huebner‘s From The Cabin. He explains in the accompanying notes, that:

“After a childhood spent performing classical cello music I gave it all up to live in the mountains. 10 years ago I began learning guitar and writing songs in an isolated cabin in the woods of the Sierra Nevada backcountry and that brought me fully back into performing music again.”

He recorded the eight-track album earlier this year, explaining that he wanted to take a step back from his work with The Littlest Birds, and Sweetwater String Band, both of whom he plays cello with, and record just his voice and his guitar (plus touches of harmonica) for a simple, relaxed set of songs which showcase part of his history, both as an individual and a songwriter. He went back to the cabin, back to California, and did just this.

David’s stories, as you would expect having heard his work with the aforementioned groups, are earthy, natural, and, above all else, real. On songs like opener One Town, Two Countries, his gritty, beguiling voice opens up questions, and blurs the line between the imaginary and the actual. He lays himself bare, and discusses ideas which seem close to his heart, in stripped back, natural settings, such as on Spring ’10, which, in the style of Bon Iver, or Jimmy Eat World, give you a calendric touching point by which to place them.

One song, Western Trail, has been previously recorded by The Littlest Birds (on their Migrations album), but here is given a different feel, just Huebner’s voice and a guitar, allowing the words and their sentiments of travel and movement to shine, with these ideas carried on on California.

Huebner does not shy away from asking questions which are not necessarily easy to answer (Sweet World Blues), or exploring both loneliness and lonesomeness (Love And Freedom), and work history and economic relations (Workingman’s Blues), but no matter the subject, he explores his themes with depth and feeling, counterbalanced by a relaxed and easy approach. The topics might challenge, but never loses sight of love and understanding.

The album may look and sound simple, small, confined even, but it does in fact have plenty to say, and, exploring life’s condition as it does, a very nice way of saying it.

Previous BRUSE WANE, “WHO SHOT YA” (freestyle)
Next The Lottery Winners – Heavy Heart 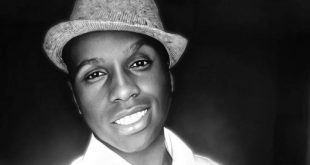