Ashley Lewis has garnered a lot of interest and support of late. Her new album, Captivated, sees her take on a variety of original songs and standards, accompanying herself on mandolin, along with a cast of great players. From the dobro of Andy Hall, bass from Dennis Crouch, Jimmy Mattingly’s fiddle (Jimmy also produced the work), Sammy Shelor’s banjo and guitar contributions from Cody Kilby, Kent Wells and Josh Williams, the music of Captivated is lush, intricate and warming. The album is by turn traditional, and progressive, and shows flair and a clear imagination.

Blockade Runner is a joy, a gritty, down-home song which takes you right into the sound, the story and the situation. A well-spun tale, marked by Lewis’s easy, flowing vocal style, which is beguiling in a Sara Watkins kind of way. The peaceful, relaxed story of Blue Ridge Rain is highlighted by sprinklings of fiddle, mandolin and dobro.

The songs on Captivated are really very good, but it is on the instrumental pieces where the album really shines. The band are able to show off their humor and ability to move into different styles. The fantastic Minor Swing moves into gypsy jazz, as does the sunny and romantic backing to You Put The Fire In Me, a very well put together swing number. The height of the instrumental tunes is probably Gypsy Moon, a beautiful, intimate tune, which is particularly strong. Sounding slightly like old school Nickel Creek, the feeling carries on into Mermaid, where again, the band are not afraid to show off their range, moving into smooth swing and jazz alongside their bluegrass licks.

Winter In Wyoming is luxurious in texture, timing and flow, and the strength of the harmonies on song like Fan The Flame fit very well with the overall feel of the collection. There’s plenty of fire and drive on Captivated, and the album contains more to like than just Ashley’s voice, as strong and charming as it is.

Another Place Another Time hangs on the vocal interplay between Lewis and Josh Williams, coming off something like a modern day Whiskey Lullaby. Overall, Captivated is a very satisfactory, warm record, which has a good feel to it. It exhibits a range of styles, some great playing and singing, all presented together with precision and feeling. 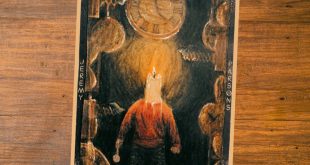 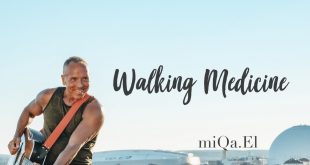