Dustin Paul Moore was born on January 21st, 1985 In Winchester, V.A. After bouncing around VA, and MD, moved with his mother and older brother to Durham, N.C. where his affinity for hip-hop began. Hearing the infectious Hip-Hop melodies and memorable hooks, he was instantly drawn in. A natural musican and artist Dustin had an urge to make music. After picking up every instrument known to man he stumbled upon of two turntabels and a mixer. Knowing nothing about The Art of Spinning vinyl he dove right in. Mixing and spinning D&B, and House, But he still gravitated towards hip hop. One Hazey day he decided to slow his mix down, and there he found a canvas. There it was, a perfect orignal beat. He began writting non stop, freestyling every chance he got. Slowly but surely found his niche.

13 years later he is still growing and learning. Always changing and becoming better and challenging himself to progress his own style. Known for making music for Fun, And the Love of expression Dustin is not out to make money from his music. Just make music, If he can make a little spare change along the way he wont complain. Thus ThatHipHopKid. He has once said ” I will make music till the day I die, Wether or not you buy.” A true Artist and unqiue individual.

Stephen Vicino is the founder of MusicExistence.com. He created this site to give talented musicians a voice and a way to be discovered.
@@svicino
Previous Blue Collar attitude in “Lime Lights” by V-AaronBlue I
Next Flaash-5 – ‘My Ex’ Going Viral! 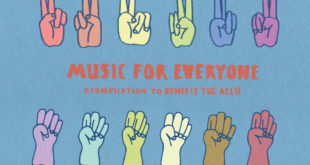 Album Review: VA – Music For Everyone 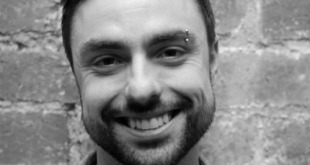 Interview with Steve Palfreyman on the debut of Music Launch Summit