WINDS OF PLAGUE set to release RESISTANCE on October 29

WINDS OF PLAGUE have finished work on their fourth studio album RESISTANCE, the follow-up to their critically acclaimed album Against The World. RESISTANCE is set for release October 29 on Century Media and comes just in time for their tour with BLEEDING THROUGH. See dates below. VIP tickets are on sale today and General Admission tickets are on sale Monday September 9.

Stephen Vicino is the founder of MusicExistence.com. He created this site to give talented musicians a voice and a way to be discovered.
@@svicino
Previous HARD EVENTS RELEASES OFFICAL VIDEO FOR HARD SUMMER 201
Next Thomas J just released a new mixtape “Money Sex Religion” available for free download 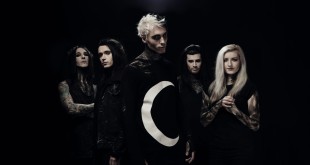