HIM have premiered their new music video for “Into The Night”.  The video is the third official clip from the band’s current studio album, Tears On Tape (Razor & Tie). Tears On Tape is on sale now for $6.99 at the iTunes Store in the United States.  This iTunes sale runs through September 9th.
“Into The Night” was directed by Stefan Lindfors, whom also directed HIM’s classic, award-winning video, “Funeral of Hearts” and “Tears On Tape” which was released in April .
HIM are currently touring the U.S. and Canada on the Monster Energy Rock Allegiance Tour which kicked off August 28th and features Volbeat, Razor & Tie label mates, All That Remains and Airbourne (tour dates below).
HIM’s album, Tears On Tape, (released on Razor & Tie in the United States/Canada) debuted at #15 on the Billboard Top 200 with over 20,200 units sold in its first week out at retail.  This chart debut marks the band’s second highest career entry in the U.S. Classic Rock calls the album “A glorious return to form,” Artist Direct proclaims it to be “brutally beautiful and blindingly brilliant and one of the year’s triumphs,” and Alternative Press heralds it as “among their best” awarding it 4 out of 5 stars.
Tears On Tape is HIM’s eighth album to date and was recorded in their home country with producer Hiili Hiilesmaa and mixed by long time-band associate, Tim Palmer (U2, Ozzy Osbourne, Pearl Jam, Robert Plant).
Formed in 1992 by vocalist Ville Valo, guitarist Mikko “Linde” Lindström, and bassist Mikko “Migé” Paananen, HIM’s previous albums have seen them win a worldwide following, becoming the first Finnish act to achieve platinum sales in the U.S. To date, HIM has sold a combined 1.75 million albums and over 1 million digital tracks in North America. HIM’s current lineup is Valo (Vocals), Linde (Guitars), Migé (Bass), Burton (Keyboards), and Gas (Drums).

Stephen Vicino is the founder of MusicExistence.com. He created this site to give talented musicians a voice and a way to be discovered.
@@svicino
Previous PROF PREMIERES NEW TRACK “ZOO” ON 2DOPEBOYZ
Next Dim Mak Releases Kenna & Chad Hugo’s New EP 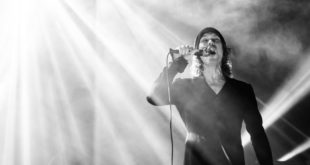 Gallery: HIM at Hammerstein Ballroom in New York City 11.17.17 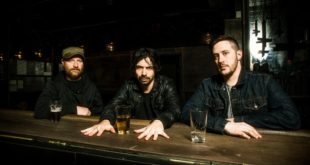 CKY to Support HIM on Farewell Tour 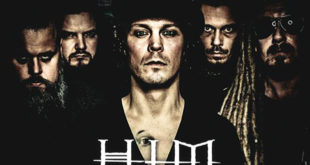