After an intense summer on the Vans Warped Tour and the release of their sophomore album, VICTIM TO VILLAIN, NEW YEARS DAY have no plans of slowing down. The band is premiering the video for their single “Angel Eyes” featuring Chris Motionless from Motionless in White. Chris lends his vocals to the actual track and his acting skills in the video, co-starring with leading lady and New Years Day front-woman Ash Costello.

NEW YEARS DAY has been invited to join the OTEP tour starting next month in Fresno, CA. Ash and company can been seen on these dates and there will be more dates announced soon.

Stephen Vicino is the founder of MusicExistence.com. He created this site to give talented musicians a voice and a way to be discovered.
@@svicino
Previous August Burns Red Announces North American Tour in November
Next THUMP PREMIERES JUST BLAZE AND BAAUER’S “HIGHER” FEAT JAY Z SHORT FILM 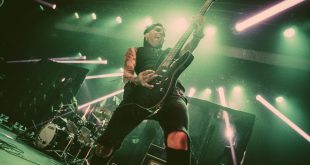 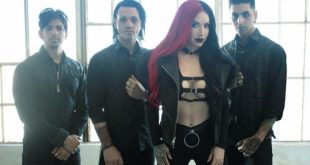