7:00 pm: The Bowery Ballroom doors opened and a few hundred teenagers elbowed their way to the front of the stage. With the exception of the hardcore blonde drummer in the back, female rock band Supercute! were not at all cute. I hope the band’s lackluster performance can be attributed to the brutally draining New York City summer heat.  Either way, it is a good thing their summer tour is now over.

By 9:00 the joint started to fill up. Up and coming indie rock band Small Pools came on stage and left the crowd begging for more. The band released their EP Small Pools just four days before the concert. Picture a mix of Passion Pit and Imagine Dragons. Yeah… no doubt in my mind Small Pools will have their own tour soon.

Finally ten o’clock struck, and trust me when I tell you: There is no one out there like San Cisco. For an hour and a half, the 4-piece aussie band made everyone in the room feel like everything was going to be okay, no matter how much shit someone might be in. Lead singer Jordie Davieson has incredible stage presence to go with his raspy, smooth, seductive, calm and powerful vocals. On Davieson’s right and left were guitarist/vocalist Josh Biondillo and bassist Nick Garnerwho, who are the backbone of the band.

Just as in any band, the spotlight was obviously on lead singer Davieson. But what makes San Cisco special is that Scarlett Stevens stands out too, way in the back on the drum set. Not only does her energetic drumming uplift the crowd, her vocals add to the concert’s feel-good vibe.

Having a male and female part to a song allows the band to tell a story. That is why the band’s hit song “Awkward” is so powerful. The melody is catchy and the lyrics are good, but what makes the song great is the back and off dialogue. The guy in the song is asking the girl why she hasn’t returned his endless phone calls after their date a few nights before. The situation is a bit awkward: she wants nothing to do with him. Before the song started Davieson told the guys to sing the male part, while Stevens urged the women to respond with the female part. Together the guys sang “I left a message last night, you haven’t called back I’ve been calling you for days,” being cut off by the girls responding “I wouldn’t have gone to dinner, if I knew that you’d agree with everything I say.” The bickering back and forth leads both sides into the same frustration as they all yell “Da da da da da da da da da,” The music became so alive, even for just a few minutes.

As the concert carried on, the crowd was loving it. The Bowery erupted during “Golden Revolver,” one of the band’s oldest and most popular songs that mixes catchy melodies with quirky percussions, the San Cisco trademark.

The concert came to a close, but the crowd knew there was more, chanting “one more song” until the band returned and asked the crowd if they wanted to hear an original or cover song. How about both? First the band played their Daft Punk “Get Lucky” cover that has been going viral in the recent weeks. Only San Cisco can make one of the year’s most popular songs even more fun. To close the encore performance, Davieson and the band chose to play a song off their July 16th released album San Cisco called “Stella.” One last time the crowd clapped their hands to the beat of the song, boding farewell and thanking the band for making their days a little bit better. 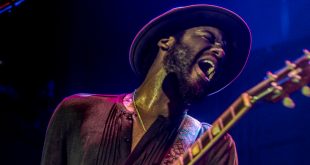 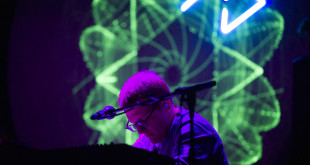