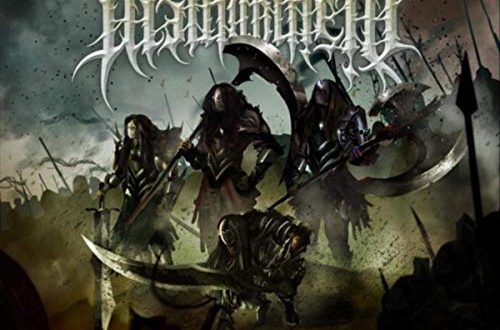 Domination Defied barges into the projectile set forth by the vehemence of Defiled Covenant and the incessant stabbing of Demoniacal Dispel albums unleashed during the early 2000’s. From the epic cover art to the befitting song titles to the unforgiving music itself, the Disinterment thrust perpetuates. The congruous album cover, the tortuous track titles like “Decapitating The Devourer”, “Devotional Immolation”, “Dreadful Insurrection”, “Decimated Descendants”, “Deceptive Indoctrination” and the elaborate “Domination Defied” set this release apart with it’s sonic brutality unlatched by “Disintro ll”(uncredited in the CD). The vocals in this album are strikingly much thunderous and arresting. Domination Defied twists and turns in unexpected ways all throughout the frantic battery and unsettling riffs. AAA+++ Death Metal Album!

Stephen Vicino is the founder of MusicExistence.com. He created this site to give talented musicians a voice and a way to be discovered.
@@svicino
Next THE KARMA KILLERS PREMIERE “SHAKE IT OFF” EXCLUSIVELY ON TRUTH OR SARAH!